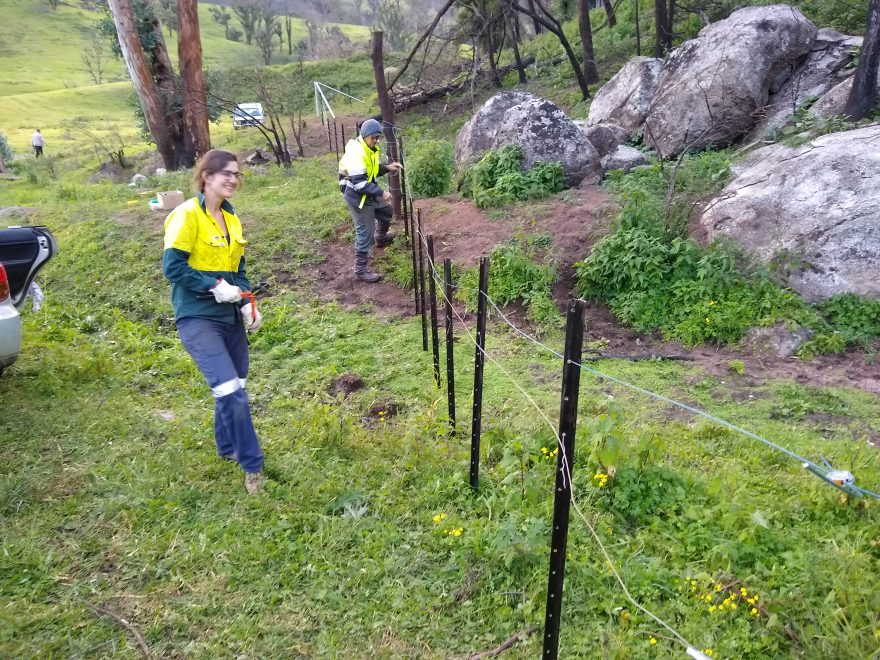 We finished off the final section of the “long flat” paddock fence, which means we’ve now got a fully finished large paddock where we can keep the bull and breeding cows separate from the rest.

And in related news, Alan got a new bull! His name is “Bull”

The last section of fencing was in the back corner of the paddock. The old fence used to run through some trees and dense shrub – it was completely ruined in the fires. This probably actually sped up the process, as building a new fence from scratch, rather than repairing the old barbed-wire fences moves much faster. We changed the fence line slightly to run down next to an old road, rather than running through the trees to make access easier. This section is a few hundred meters long, running down the hill and around the corner to meet up with the original fence.

We also re-did a section of fencing on the alpaca paddocks. There are a few smaller paddocks up next to the old house which are used for the alpacas, to be able to separate out the boys and girls, and to manage their access to the feeding shed.

For this section, we only needed a small gate, and a couple of posts. We re-routed all the old fence lines to meet up at these posts, and installed a new gate (actually an old, slightly burned gate, but new to this location). For this section we decided to use some old timber as the posts, rather than buying new metal posts. They are rungs recovered from an old wooden fence which ran alongside the driveway before the fire. They were partially burned, but we managed to salvage enough long lengths to form the posts. Working with wood is much slower than then metal posts, which just snap together. But I think they look good, and definitely requires more thought and planning, which is good practice. We’ll see what other wood we can salvage to use for fencing in the future.