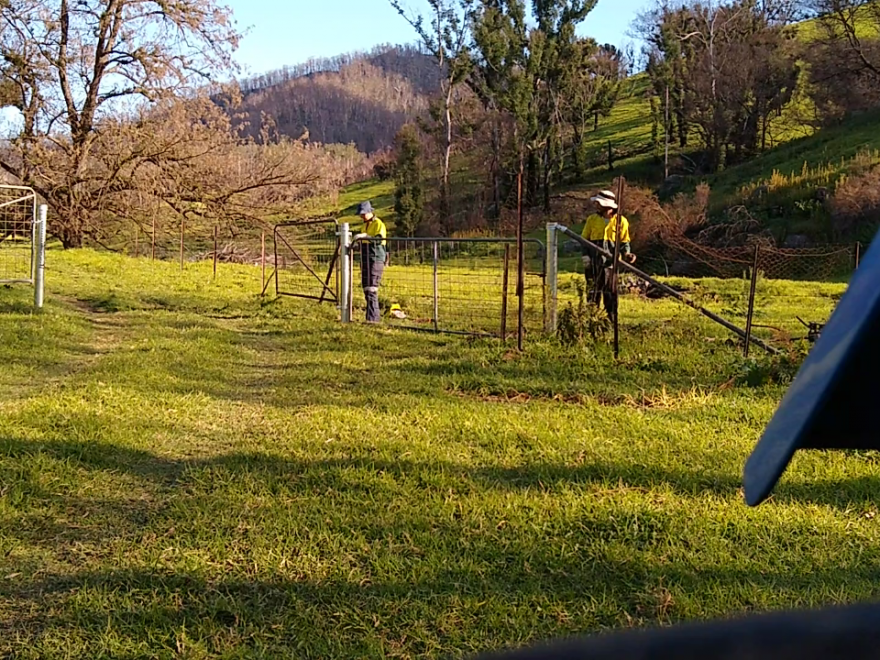 Today’s timelapse shows us installing a couple of gates at the entrance to the “long flat” paddock. The previous gate posts were all wooden and were destroyed in the fires. The new layout is identical to the old one – all the gates survived and are being re-used.

We’d already been through the day before with the tractor and pulled out the old stumps and installed one of the gates on the left. The job for the day was to install the remaining 2 gates, which involves:

As you can see, the first gate went in with no problems (except the camera falling over…). For the second one we ran out of gate swing kits, and so couldn’t finish it. We went back the following day after picking one up and finished it off.

With the entrance gates finished, all that is left is the hundreds of meters of fencing around the perimeter of the paddock to repair… That will be the topic of the next post.